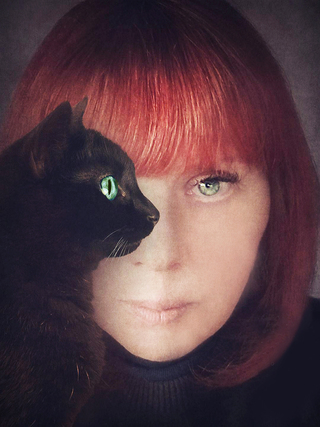 Linda Zimmerman is likely the only writer/realtor in Southern California who is an expert on food, kitchen design, equipment, appliances and cookbooks — and who can whip up a meal from one of her own books.

She is the author of "Puddings, Custards and Flans" and "Chicken Soup," and the co-author of "Grills and Greens," which was nominated for a James Beard Award in 1994. She is also the co-author of the best selling "Cobblers, Crumbles & Crisps and Other Old-Fashioned Fruit Desserts."

Starting her career in the film business, she worked on features such as "A Bridge Too Far," "Straight Time" starring Dustin Hoffman, and the musical, "Grease," starring John Travolta and Olivia Newton-John. She also worked in the television industry on shows like “Johnny Carson’s Tonight Show” and “Laverne & Shirley.” After participating in the making of the premiers of “Grease” across the country, she decided to cook professionally and formed Quel Fromage, a wholesale-retail cheesecake company. While operating Quel Fromage, she accepted the position as Associate Director of the Ma Cuisine Cooking School, an adjunct of the celebrity favorite West Hollywood restaurant, Ma Maison where Wolfgang Puck was then chef.

Linda created and published,“The Food Yellow Pages,” the first comprehensive directory of the professional food world for Los Angeles in 1988 with restaurateur Susan Fine. A revised 2nd edition was published in a few years later. Today, the directory has a cult following.

Linda often is a guest on local radio talk shows and is a frequent speaker at various local colleges and universities. She has hosted several local radio and TV food shows, has appeared nationally on ABC-TV's The Home Show, and was profiled at work in her own home on a featured segment of the Better Homes and Gardens TV Network show, Working At Home. Most recently she was a guest on daytime TV’s first reality series, Starting Over. She has been a featured author on the website: www.Cookstr.com several times.

Linda is also a Realtor at Compass in Beverly Hills. Originally from Chicago, she lives in the Los Angeles area with her two cats, LilyRose and OliveJune.